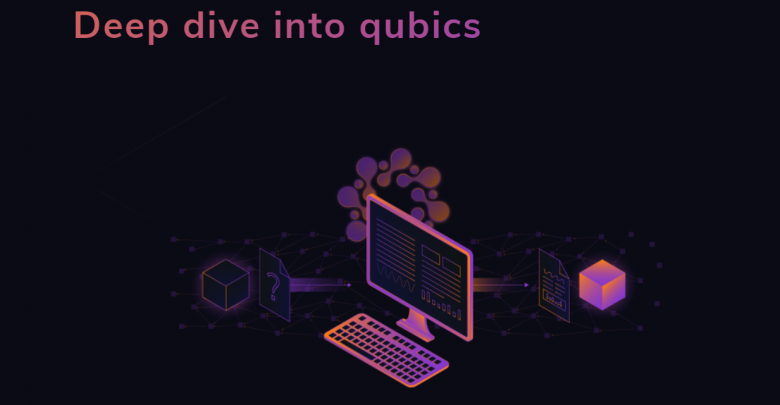 IOTA (MIOTA)–Last Sunday’s announcement introducing the Qubic application was a game-changer for IOTA in terms of what the currency can ultimately accomplish. As we outlined, the addition of Qubic contributes significantly to a currency that was already top five in terms of utility (by virtue of Tangle’s infinite scale and zero fee transactions), paving the way for implementation of smart contracts. While IOTA has always been more than just a rehashing of Bitcoin and other transaction-based coins, Qubic creates prominent features for the currency that are more in-line with Ethereum, in addition to contributing to the overarching white paper goal of uniting the world’s 8 billion IoT devices.

As we have pointed out, Tangle presents one of the most promising innovations in all of cryptocurrency. While speculation and the promise of overnight riches contributed to most of the massive increase in Bitcoin value at the end of last year, cryptocurrency suffered from the inability to sustain the momentum that was being built.  Part of that can be attributed to the overbought, bloated conditions that led to a toxic marketplace. However, an equal amount of blame has to be placed upon Bitcoin and the greater crypto-community for being unable to scale to the level necessary for widespread adoption. The goal of all cryptocurrencies is to reach market saturation in the same volume that Visa and other popular payment portals have been able to achieve. Crypto is not just an improvement upon traditional fiat, it’s a competitive alternative that citizens around the world should have access to. Most countries function a lot like the DMV: there is no incentive for the acting government to improve upon the experience, because fiat is all that will be offered. Cryptocurrency provides an alternative. An individual can decide to transact in Bitcoin as opposed to U.S. Dollars, or found projects in other countries through crypto as opposed to funneling unsecured, non-digital money.

Unfortunately, the entire industry ended up looking foolish at a time that adoption was reaching exponential growth. Average Bitcoin fees sprung to as high as 55 USD, and the entire network came to a screeching halt under crushing network congestion. In the absence of a protocol like Lightning Network, Bitcoin has been unable to scale beyond 7 transactions per second, compared to other top ten currencies like Ripple and TRON, which boast 1500 and 10,000 tps, respectively. IOTA, through Tangle, takes the scaling debate a step further. Tangle allows for near infinite scale by utilizing the resources of participating network users. Rather than enacting a costly transaction fee, IOTA’s network makes users participate in the authentication process, thereby improving transaction speed and network load-bearing as the volume of users increases.

Qubic, the new application to work in conjunction with IOTA, improves upon this feature in two key ways. The first is the ability to enact micropayment-based smart contracts, which finally gives developers access to small (think pennies being sent) transactions that can be paid out in real-time. The other significant feature is the creation of user incentives to participate in Tangle. As outlined above, Tangle functions at its peak with more user participation. While IOTA may not command the same market share as Bitcoin, it can entice greater cooperation among its user base by incentivizing network contribution.

As one Twitter user put it, the combination of Tangle-based transactions and smart contracts gives IOTA a huge advantage over competing currencies, particularly Ethereum:

Unlike other cryptocurrency developments, such as the release of EOS and TRON’s public blockchain, or the implementation of a technology as monumental as Bitcoin’s Lightning Network, Qubic will have a subtle effect on IOTA in the near-term. But remember what the currency is ultimately trying to accomplish. While Tangle gives merchants and consumers a superior currency for transacting (with zero fees and under 10 second confirmations), IOTA is ultimately building an application for seamlessly integrating internet connected devices with the features of cryptocurrency. Qubic, as a quorom-based protocol, is a major step in that development. The presence of smart contracts alone gives IOTA the type of genuine innovation that could actually lead to reshaping the world of IoT.