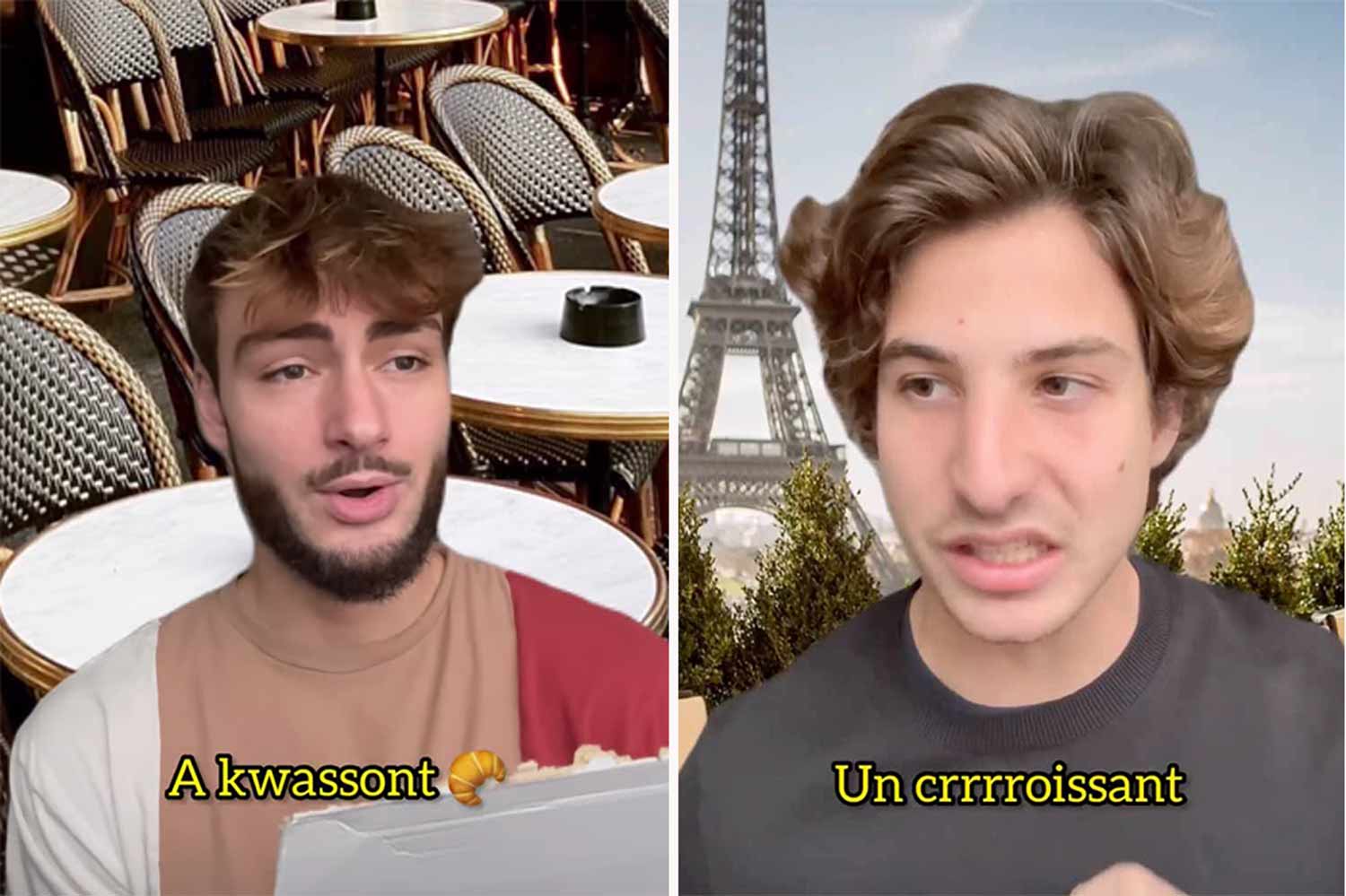 Should you make an effort to speak French when you’re in Paris, or avoid trying altogether so as to not butcher the language? One recent viral video suggests you might be better off taking the lazy option…

The phrase ‘play silly games, win silly prizes’ seems a bit harsh to throw at a tourist just trying to be friendly in Paris, but that seems to be what the Internet has decided is appropriate.

Confused? Let’s unravel. A comedy skit recently posted to Instagram by @atfrenchies has shown a hilariously exaggerated version of everything that might go wrong if you try to speak French in Paris and come across a local who takes issue with your pronunciation.

The video begins with a tourist ordering a coffee and breakfast for himself and his friend in a stereotypical (mocked up) Parisian cafe. The tourist says “Bonjour, je voudrais…” but before they can get any further, the waiter interrupts.

“Oui oui, I speak English,” the waiter says. “What would you like to eat?” The tourist responds: “A kwassant,” to which the irritated waiter says: “un crrrroissant” twice.

The tourist, bleary eyed, simply says “Oh, nice.” The interaction continues with the tourist then asking for a “jus de pomme” (an apple juice) and an oef brouille (scrambled eggs) and an espresso, all of which the angry waiter finds issue with, correcting the pronunciation each time and muttering “incroyable.”

The skit ends with the tourist, after being yelled at, saying: “at least we don’t have to tip in France.”

Comments on the video suggest there is real confusion among tourists over whether one should attempt to speak French in France, with many bemoaning you’re screwed either way. Instagram user @slyjabroni wrote: “I’m always curious: Is it better to make an effort in the local language, even if your pronunciation isn’t perfect, or to just give up and do it in English? I feel like I can’t win sometimes.”

She then added: “I agree it’s rude [to just straight up speak English], which is why I try, but the second people realize I speak English, they switch. My question is: Is it rude to continue in the local language if they switch to English? I don’t want them to feel obligated to speak English for me, nor do I want them to think I’m being entitled.”

User @magicallyjack13 wrote: “I was told they appreciate the effort! I guess not lol.”

“Literally when I was there anytime I made an effort they’d pretty much ignore me and speak only to my bf who speaks the language. Most of them also wouldn’t even look at me.”

Another said: “In China they will applaud every word you try to say no matter how bad it is. In France, if not perfect they treat you like an idiot.”

Not everyone was so defeatist, with @russellgoodloe11 writing: “Always make an effort, I’ve always found people respect it and are more friendly even if you end up using English.”

“You never win in Paris definitely.”

A self described linguist then chimed in, saying: “As a linguist, if you know a language you should try and use it. First of all, in order to allow you to improve. If they don’t appreciate it because of some (normal) errors, it’s not you problem, it’s theirs. you learn from errors if you get corrected nicely.”

An amateur anthropologist then shared an informal theory, writing: “My rule of thumb, if it’s a high tourist area go with English. If it’s a smaller town or off the beaten path people have more time and are more chuffed to see travelers pop up in their area and find it charming (if not necessary for communication).”

RELATED: The Secret To Drinking Your Coffee The True French Way

Author, poet and journalist @lisamariebasile wrote: It’s true though — y’all Parisians aren’t nice at all. Go to Italy or Spain and they like or at least appreciate that you engage with their language.”

There were also a few Italians who took issue with the way the French waiter in the video pronounced: “espresso,” with one writing: “AS IF espresso was a French word.”

Just another day in the city of love (and learning).