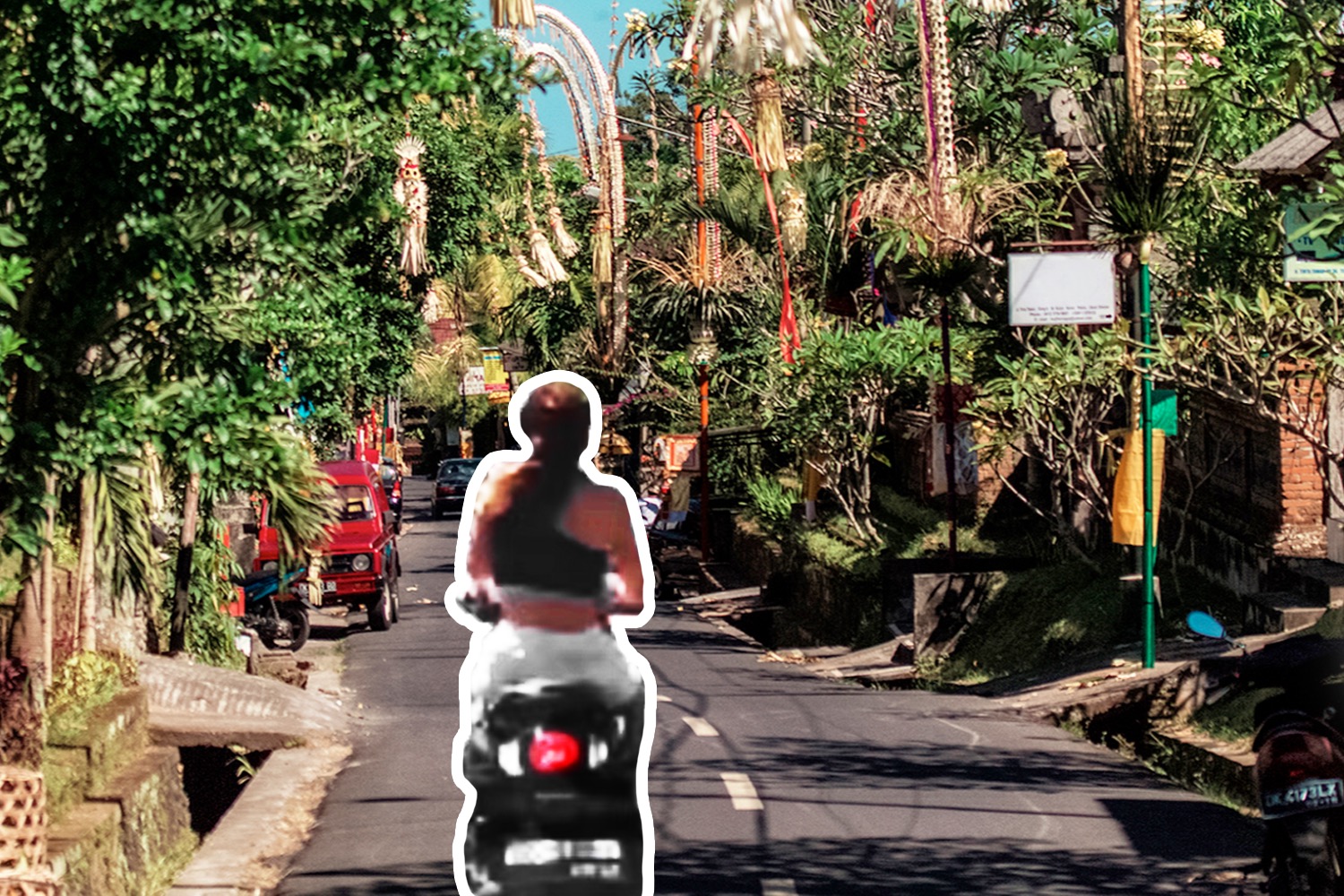 A tourist dancing in her motorbike seat in Bali has sparked backlash online, with one community Instagram page blasting her for her actions. But is the criticism entirely justified?

It’s 2023 and tourists are already acting up in Bali. The offending incident this time? A woman grooving around on her motorbike while driving without wearing a helmet in the Mendoyo province of Bali.

As the woman enjoyed her dance session, the car behind her was momentarily unable (or unwilling) to overtake. The clip sparked debate on social media with some bemoaning tourists’ inability to follow the rules and others saying this tourists’ laissez-faire approach to safety fitted in quite well with the local scene.

WATCH: woman holds up traffic by ‘gyrating’ while riding her motorbike

Though two people commented: “Foreigner break the rules” and “Bule people problems” many others came to the woman’s defence.

“Stop stop stop,” one wrote. “Maybe the locals would show a different example, also wearing helmets, not riding with five people, with a normal exhaust so as not to jump up at night, without huge things in one hand?
In fact, people just copy the example of the rest (And believe, we also worry about the locals).”

RELATED: Woman Braves Bali Traffic With Her Leg In A Cast

“Dancing on motorcycle is okay I also like wearing helmet,” said another.

Yet another said: “She seems happy and having a good time, news nowadays complaing and jealousy for nothing, how many locals dont wear helmets doesnt make news, instead report on proper stuff like the dude that flew of the shortcut brdige this morning, where should there have been barriers he would not have been able to, but its to hard to secure the most used bridge in canggu.”

“Locals don’t ever have lessons, don’t use indicators, just pull out, drive with massive loads, buy their licenses in a big racket…..but a girl on a open road dancing is a problem…..lol…..funny.”

Another Instagram user shared a story of their own, writing: “We stayed in Nusa Lembungan island for a week and to be honest, no one has ever asked riding licence, given helmet or expected following the rules because THERE WAS NO RULE at all. Don’t know about the main island, but it shouldn’t be all tourist’s fault.”

In the wake of the recent tragic accident where a Ukrainian man was found dead after plunging off a bridge on his motorbike in Canggu, this is a timely reminder to play it safe on the roads, no matter what other people are doing.