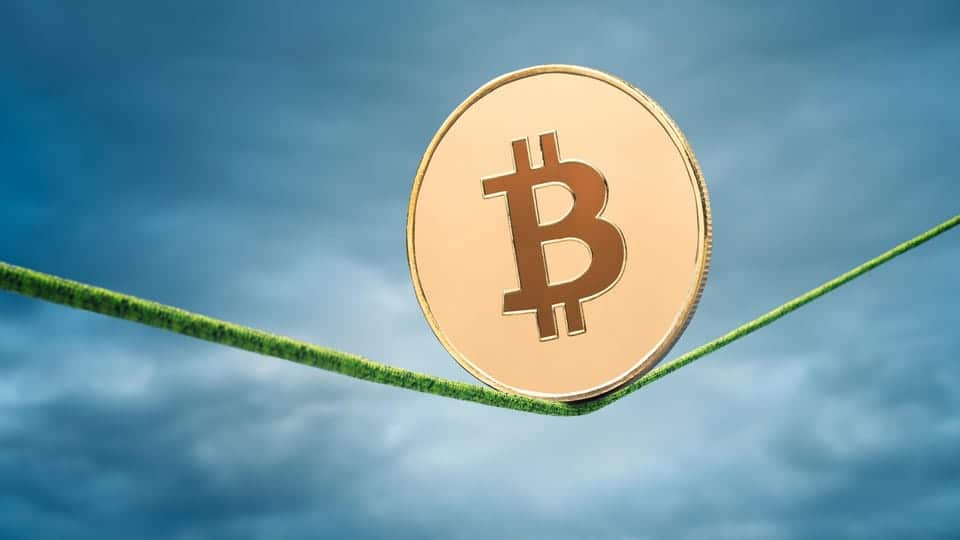 The price of Bitcoin (BTC), along with the overall cryptocurrency market, is undergoing a correction as traders are left apprehensive by the plummeting U.S. stock market; with Microsoft falling over by 4% in the opening hours of trading. Overnight, the value of cryptocurrencies started to experience a downward trend, with Ethereum (ETH) being the most negatively affected crypto asset in the top five currencies by market cap.

According to market data obtained at the time of writing, the overall crypto market decreased by 2.66%, bringing its value to $1.02 trillion. In addition, the total volume of trades executed fell by 0.82%, reaching almost $56.31 billion. Since the mid of December, there has been an increase in the degree to which Bitcoin’s price and that of equities have correlated with one another. Today’s drop in cryptocurrency prices follows a downward trend in equity markets as well. The last time correlations were this high was during the pre-FTX collapse era. Prominent crypto analysts too have voiced the same opinion and are finding this dip as an opportunity to re-enter the market.

S&P coming down, #Bitcoin comes down.

Waiting for my long fills to be hit.

With all major indexes, such as the S&P500 and Dow Jones falling over by 2% in the opening hours, Microsoft posted a fall of 4% while Amazon dipped roughly by 3% to $93 per share. Crypto-focused stocks were hit hard as well, with Silvergate dropping by 4.6% to $13. Although, the crypto-friendly bank saw its stock price surge early this week, today’s loss has given back majority of the gains it had made. Crypto giant Coinbase also witnessed a decline of 6.4% to $50, and Jack Dorsey’s Block dropped by approximately 5.9% to $76. MicroStrategy’s stock price dropped by 4.5% shortly after the opening bell.

Read More: Check Out The Top Crypto Telegram Channels Of 2023

Market participants are also divided on the upcoming FOMC meeting scheduled to be held on the 1st of February. In a speech on January 20, Gov. Christopher Waller at the Council on Foreign Relations stated that he currently favors a 25 basis point increase at the next meeting. Other Federal Reserve officials have also made similar comments. 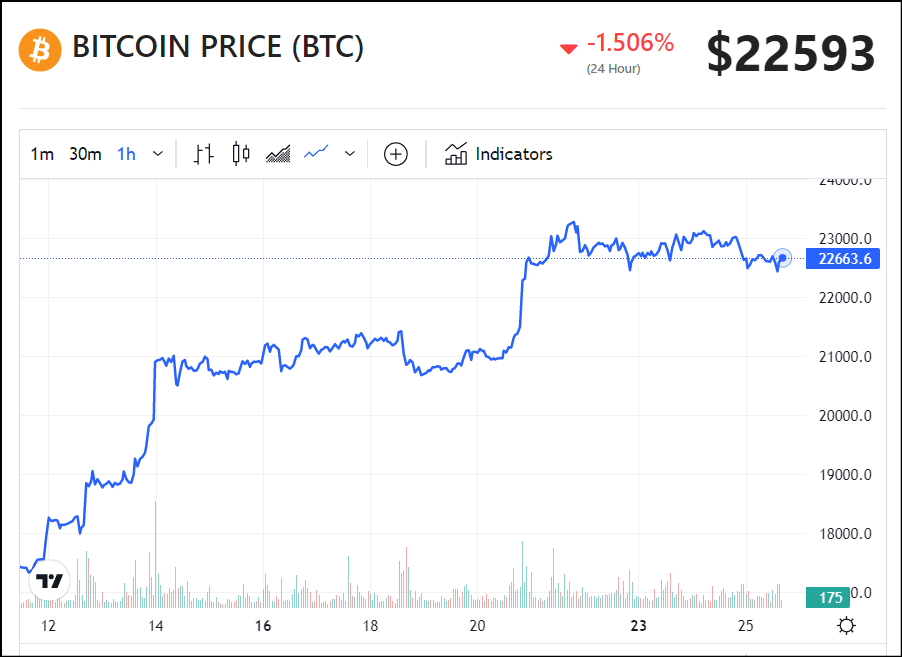 As things stand, cryptocurrencies are taking a hit due to the falling prices in the traditional markets. Popular memecoins like Dogecoin and Shiba Inu, both witnessed significant losses, with the former falling 5.1% and the latter falling by 6.2%. Other significant altcoins, including BNB, XRP and Cardano, also experienced price drops of over 4%. Whereas, crypto’s flagship asset–Bitcoin–witnessed a significant decline and is currently exchanging hands at $22,593. This represents a decrease of 1.5% on the day, in contrast to a gain of 7% during the week as per CoinGape’s crypto market tracker.