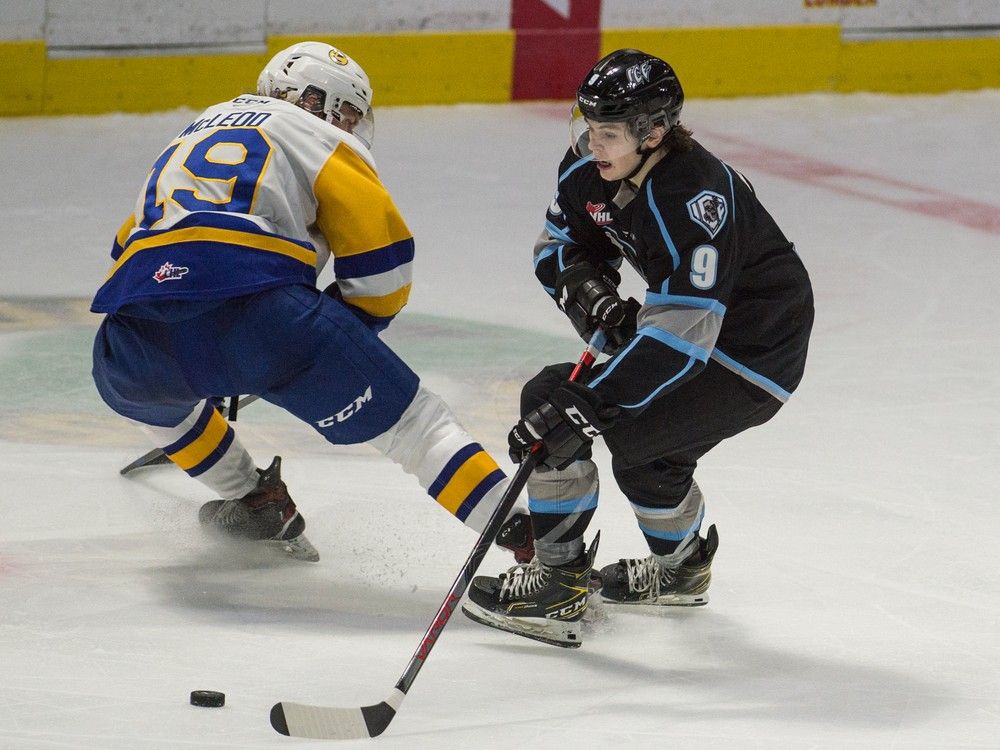 There’s a good chance the Vancouver Canucks will have an early pick in next summer’s National Hockey League Draft.

What’s more, the player they select may well have been on the ice Wednesday at the Langley Events Centre for the Top Prospects Game.

Sign up to receive The Canucks Report newsletter, delivered straight to your inbox at the start of every series. Essential reading for hockey fans who eat, sleep, Canucks, repeat.

A welcome email is on its way. If you don’t see it, please check your junk folder.

The next issue of Canucks Report will soon be in your inbox.

We encountered an issue signing you up. Please try again

According to the Vancouver Giants, who are hosting the Top Prospects this time around, there were a small number of standing room tickets available as of Tuesday morning.

The game is slated to feature Connor Bedard, the Regina Pats centre from North Vancouver who’s the consensus choice to walk across the stage at the Bridgestone Arena in Nashville and accept a jersey when the No. 1 pick is announced June 28.

The Canucks’ odds of being that team to nab Bedard this summer appear very slim. They woke up Wednesday with the sixth worst record in the NHL.

It’s said to be a deep draft, so the Canucks should easily get a player who will give a boost to their modest prospect pool.

With that in mind, here are five guys, besides Bedard, to keep an eye on Wednesday night.

Our list would be different if Andrew Cristall of the Kelowna Rockets or fellow winger Samuel Honzek of the Vancouver Giants were a part of the game as originally selected.

Cristall, who’s from Burnaby, pulled out of the game on Monday due to a lower body injury. He’s tied for third in league scoring with his 62 points, including 26 goals, in 36 games for Kelowna leaving him behind only the 81 points put up by Bedard and the 65 points amassed by Winnipeg Ice winger Zach Benson.

Elite Prospects has Cristall at No. 6 currently for this draft, while TSN’s Craig Button slots him at No. 8. Honzek, meanwhile, comes in at No. 19 for TSN’s Bob McKenzie.

Honzek had to pull out of Top Prospects after getting the back of his leg stepped on by an American opponent while playing for the Slovaks at the world juniors. He has 17 goals and 43 points in 31 games with Vancouver and is expected to be back in their line-up by mid-February.

What they’re saying: “Brilliant imagination and creativity, combined with excellent ability to be elusive, makes Benson a very challenging player for opponents,” according to Button. “Plays to his strengths and forces opposing players to play on his terms. Excellent hands in tight.”

What they’re saying: “Has built his reputation on being a shooter. He moves around the ice well and is even showing a willingness to be a distributor,” according to Cosentino.

What they’re saying: “The Owen Sound Attack captain has a big-time shot and effectively uses his sturdy frame in the corner, on the wall and in front of the net to play a prototypical pro goal-scoring winger game,” reports McKenzie. “He has great leadership and intangibles but also happens to be one of the draft’s better goal scorers.”

What they’re saying: “The type of player you have to watch often to properly appreciate. His consistency the rest of the way will determine his final draft position,” says Cosentino.

What they’re saying: “Has the skill, brains and intensity to impact the game in multiple ways and in all situations,” reports Button. “He’s interested in doing whatever needs to be done to give his team an advantage and stops at nothing to affect that outcome.”