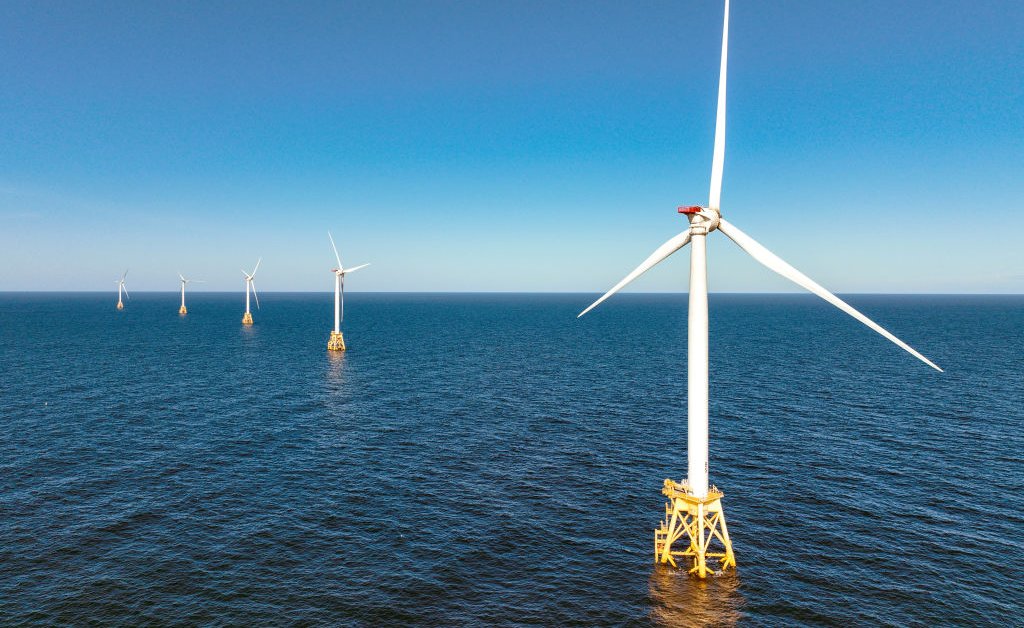 After decades of delay, the push to capture carbon-free offshore wind energy in the U.S. has finally started moving forward in recent years. Construction on the first large-scale commercial offshore wind farm in the U.S., Vineyard Wind, is underway near Cape Cod in Massachusetts, and a slew of other projects are in development and review stages up and down the East coast. The Biden Administration has set a goal to build 30 gigawatts of offshore wind by 2030, enough to power about 10 million homes.

But potential problems loom. If that development goes forward in a pell-mell manner, without regulators and grid operators adequately planning how to most efficiently tie all that new electricity into the larger grid, families and businesses could be stuck with higher electricity bills for years, warns a report commissioned by a group of environmental and clean energy groups, which was released today. The report estimates that the long term cost of forgoing that advanced planning could reach as high as $20 billion.

“Similarly to our interstate [highway] system, if we would have developed it one road at a time, it wouldn’t have been nearly as efficient,” says Jose Zayas, executive vice president of policy at programs at the nonprofit American Council on Renewable Energy, one of the groups behind the report. “This is somewhat akin to that.”

Without a cohesive overall plan, Zayas explains, developers erecting turbines in coastal waters will simply find the most straightforward way to connect their new electricity into the local grid. That will be cheap for the first players to lay those cables, but will get subsequently more expensive for each additional developer that tries to tap into the grid. Something like that happened in much of Europe, Zayas explains, which was decades ahead of the U.S. in developing offshore wind, but now faces bottlenecks in getting power where it needs to go.

Developing a comprehensive long-term plan would also have other benefits, such as requiring fewer projects to lay offshore cables that disturb coastal habitats and seafloor ecosystems. It could also help speed the rollout of offshore wind projects, helping to cut emissions from the U.S. electricity sector faster. The Inflation Reduction Act passed by Congress last year includes tax credits for such offshore transmission projects, which will help to get that infrastructure built, but the U.S. Internal Revenue Service has yet to provide explicit guidance to developers on how to take advantage of them.

The process to develop and implement those plans won’t be a simple one. State and federal agencies, for instance, will have to start hiring more regulators, and also working together to develop transmission plans that cross state lines. Speed is of the essence—even if planning starts now, transmission lines wouldn’t feasibly be built for about a decade. But planners also have to keep in mind the gargantuan amounts of electricity that those systems will have to expand to carry in the decades ahead. “It’s a bit like if you were planning a new city, and you know that in the next decade traffic requires a two lane road,” says Johannes Pfeifenberger, the report’s lead author. “But if you look ahead you realize that by 2040 or 2050 you might need a four lane or six lane highway.”