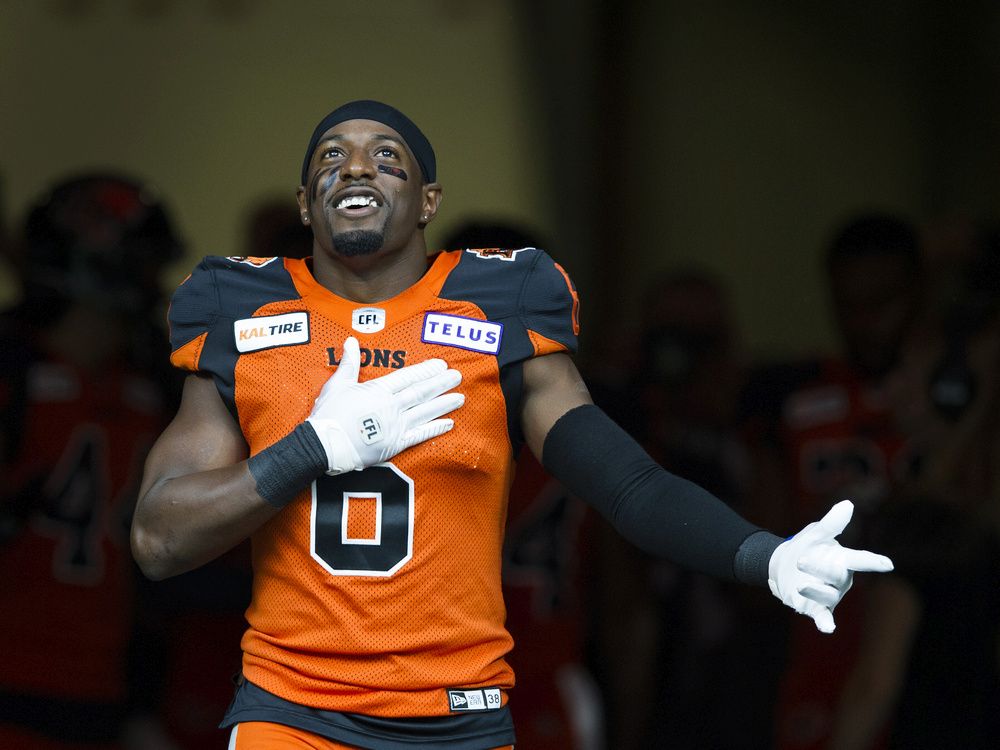 At the year-end locker-clean out in 2022 — while Nathan Rourke was soft-peddling his NFL future, and Bryan Burnham was coyly denying he was going to retire — the B.C. Lions defensive back was in full brand protection mode.

The 31-year-old was adamant he wasn’t going to retire, despite being a free agent.

“I’m a free agent. That means a lot for me. So in a player’s journey, you get in brand protection mode where you’ve got to protect your brand and ultimately trust and all the hard work you put in, and everything you put into the guys in the team,” he said in November.

“I trust that. I’m not retiring. … But I got two more years because I’m willing and lucky enough to decide how long I get to continue to play. I’m coming back to play more football, just don’t know where.”

The answer came Wednesday when the Lions announced Lee had extended for another two years, a few weeks before he would have officially become a free agent.

The eight-year veteran has been with the Lions for his entire CFL career, and returns to help lead a young defence that gave up the second-fewest offensive points in the league last year.

“It’s an honour to be staying with the only franchise I’ve ever known and one that believed in me from day one,” Lee told the Lions from his home in Washington State.

“My family and I am all grateful for the opportunity to remain a part of the community and on the field. We are building something special. It’s a great collective group of players and staff members.”

Lee joined the Leos in 2014 after a free-agent camp in Seattle, and it’s been a fruitful collaboration. He’s just eight tackles behind Barrin Simpson (438) for fifth all-time in total tackles and needs three interceptions to leap frog Eric Carter and Ken Hinton into tenth spot (25).

Lee was a key member of a defensive unit that led the league with just 253.6 yards against per game, racking up 57 total tackles, three picks and a touchdown in 2022.