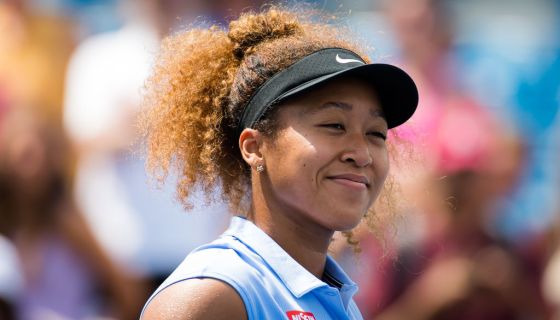 Naomi Osaka is having a baby!

The tennis champ, 25, made the big announcement on Tuesday that she is pregnant, expecting her first baby with her longtime love Cordae.

On Twitter, Osaka shared a carousel featuring a photo of an ultrasound screen, captioning the shot, “Can’t wait to get back on the court but here’s a little life update for 2023.”

The four-time Grand Slam singles champion then shared a message in English and Japanese in the following slides about what’s to come.

“The past few years have been interesting to say the least, but I find that it’s the most challenging times in life that may be the most fun. These few months away from the sport has really given me a new love and appreciation for the game I’ve dedicated my life to,” she wrote.

“These few months away from the sport has really given me a new love and appreciation for the game I’ve dedicated my life to,” she added.

Osaka also shared that she’ll be back on the court in 2024 with her baby by her side.

“I know that I have so much to look forward to in the future; one thing I’m looking forward to is for my kid to watch some of my matches and tell someone, ‘That’s my mom.’

“I don’t think there’s a perfectly correct path to take in life, but I always felt that if you move forward with good intentions, you’ll find your way eventually.”

Osaka and her Grammy-nominated rapper boo began dating in 2019 and told GQ that they somehow kept their relationship under wraps for a full year.

“We were dating for almost a year before people knew about us,” said Cordae. “We don’t really post intimate moments, because I feel as though they’re sacred. A relationship is really a sacred thing. Once you let outside influences get into it, it becomes less sacred.”

Naomi Osaka’s pregnancy announcement comes amid her recent withdrawal from the Australian Open. Fans speculated that it was because of an injury that occurred last year, but clearly, that was not the case.

Congrats to Naomi and Cordae!