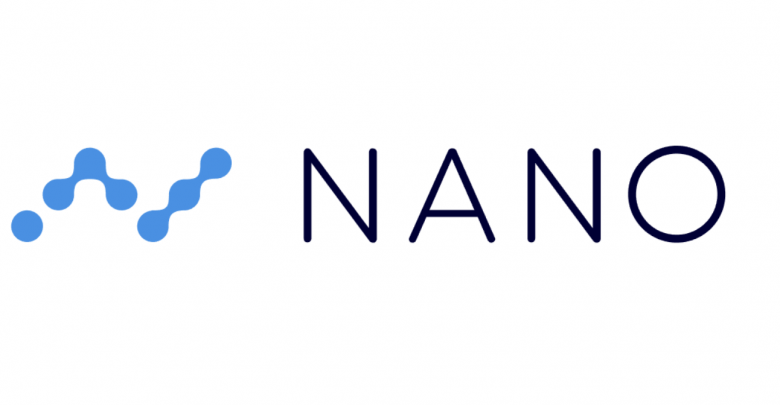 NANO (NANO)–For those unaware, NANO, originally labeled RaiBlocks (XRB), was one of the most promising cryptocurrencies to emerge on to the market in 2017. The idea behind NANO was simple:

Do one thing, and do it well.

That’s it. It wasn’t to revolutionize the face of digital entertainment, or reshape the landscape of financial technology. Instead, the focus was to create a cryptocurrency that provided real-world use, top of the market utility, and none of the baggage accompanying similar coins.

The NANO team (at the time called RaiBlocks) set out to create the world’s most efficient and useful transacting currency. As opposed to Bitcoin, which levies substantial transaction costs in the form of miner fees (averaging as high as 55 USD during the last peak in BTC volume), NANO is free to send. In addition to zero fees, the currency has one of the fastest transaction speeds, with confirmations occuring in under five seconds–or as most users describe their experience: instant.

NANO rose in value throughout 2017, going from a faucet coin worth less than a penny to an all time high of 34 USD by the first of this year. However, the subsequent crash in the crypto market led to NANO experiencing one of the steepest declines across the industry, hitting a recent low of 3 USD. The 90% decline in value was exacerbated by one of the largest hacks in cryptocurrency history, with Italian-based BitGrail (one of the few exchanges offering Raiblocks at the time) was hacked for 190 million USD. Rather than working towards recovery, the NANO team became mired in a bitter, finger-pointing lawsuit with the owner of BitGrail, as both sides continued to support their innocence in the hack. In the end, the NANO community and investment base was left holding the tab, as the currency continued to plummet in value from the negative press, lack of coordination and the inability to re-inspire confidence in the currency.

While the entire crypto market has experienced a severe downturn over the weekend, NANO is still suffering from a greater than 90% decline in price since its last all time high. Most of the events leading up to the severe drop in value were out of the control of the currency and development team. NANO was one of several currencies to peak in early January, just as the market was reaching its most overbought position. In addition the BitGrail hack, which devastated investor trust and led to an overall lack of confidence in the currency, was also out of the control of the NANO community.

However, there is a road to redemption for the currency.

Find a way to rebuild and inspire trust in the community. NANO is suffering primarily from an image problem. Enthusiasts within the industry know it as the coin that suffered one of the greatest hacks since Mt. Gox. Outside investors looking at charts see an asset down 90% in value over the last five months–and still falling. The NANO team and community must find a way to flip the script on the slow bleed and start generating positive press for the currency. While time heals all wounds and will do the same for NANO, a proactive approach can speed the effort along. Greater exchange presence (thereby opening more avenues for NANO purchase and a growing user base), are an easy first step to get the coin back to relevancy. Finding a way to get NANO back in the headlines, through community projects, incentive funds and bold project outliens, is another way to draw interest away from past failings.

Push the technology. There is a running gag within the crypto investor base. When the market turns down and everyone begins losing money, it’s common to hear “I’m in for the tech.” While crypto has become a popular avenue for price speculation and fast profits, the NANO team is still in control of one of the most dynamic and efficient transacting currencies on the market. Other cryptos may offer zero fee transactions, but NANO has coupled that with near instant confirmations. Outside of the brand appeal and name recognition, there is no reason to use BTC over NANO for digital commerce from a pure utility standpoint.

NANO holds the potential to be an innovator and tool in the digital marketplace, it just has yet to gain the opportunity beyond 2018’s succession of scandals. Passing time will help investors forget about past transgressions, but the NANO community has to take a proactive approach to right the ship on the flagging currency.