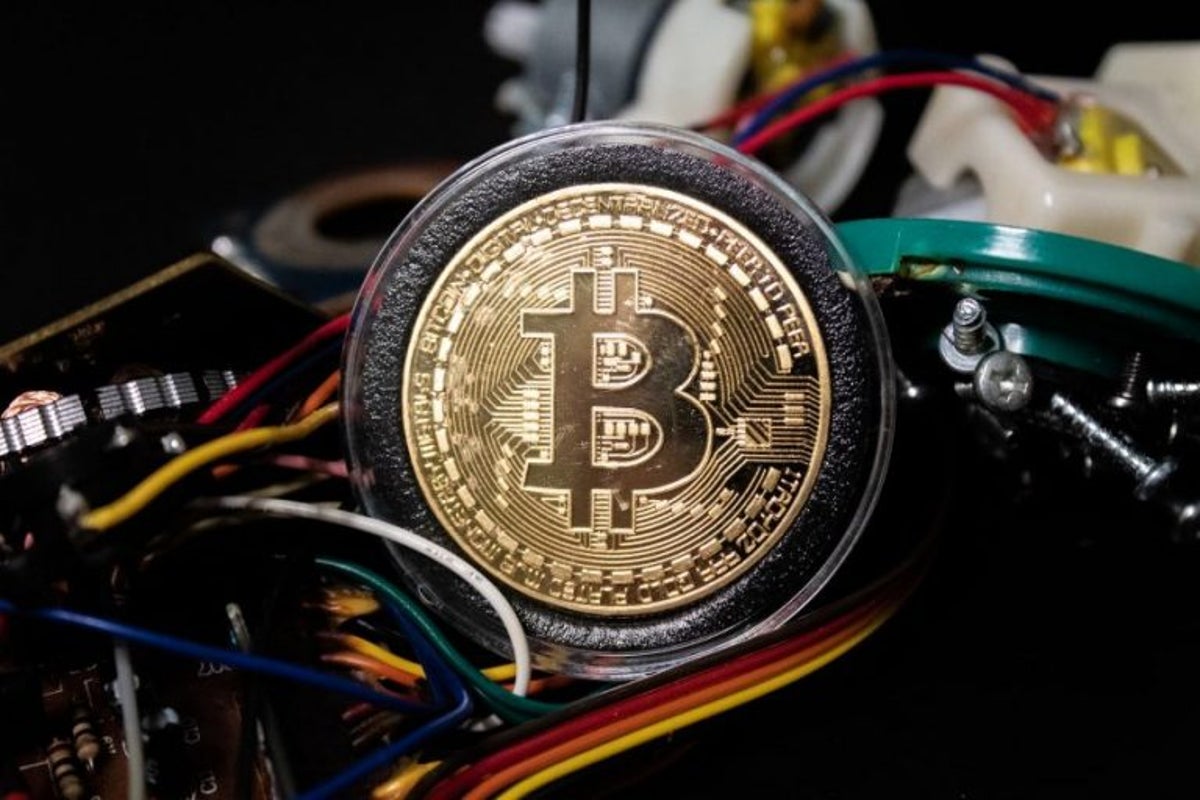 Anyone who has survived a crypto bear market knows how brutal they are, especially when they transition into a seemingly endless crypto winter. They not only test the most ardent crypto investor but also can threaten the crypto infrastructure itself.

The crypto sector is currently experiencing it all — a firmly entrenched crypto winter, low investor sentiment and crypto companies buckling under the stress. 2022 saw some of the highest-profile failures in the history of this young asset class. The cascade of failures has not only shaken investor confidence but has also caught the attention of U.S. government officials and regulators.

The first problem was the TerraUSD/LUNA collapse in May, which led directly to the failures of Three Arrows Capital and Voyager Digital. Then the implosion of Alameda Research, FTX and FTX.US in November was arguably the most shocking of all.

2022 has ended, but 2023 is a big unknown. Will 2023 be a year of rebuilding or more carnage for the crypto sector? A lot will depend on how Bitcoin performs. Bitcoin, more often than not, has been highly correlated to the stock market, which has seen its own struggles over the last year.

Is the Worst Over for Bitcoin?

Bitcoin, as well as the entire cryptocurrency sector, is in uncharted territory. Never before has the crypto sector faced a macroeconomic environment like that experienced in the past year. A major war, supply chain disruptions, labor shortages and massive government spending, among other factors, have led to the highest U.S. inflation rate in 40 years.

To combat the high inflation rate, the Fed instituted a 25 basis point federal funds rate hike in March 2022. That rate hike was followed by another six increases for a total increase of 4.25% for the year. These hikes have negatively impacted many markets, including the stock and crypto markets.

The goal of the Fed is to slow economic activity, which will, in turn, help lower inflation. The danger of this strategy is if the Fed raises rates too high, it could stall the economy. Some economic analysts are already calling for a recession in late 2023. If that does occur, it will put additional downward pressure on the price of stocks and possibly Bitcoin.

A late 2023 recession, if it is prolonged, could extend the crypto winter. If the price of Bitcoin is pushed even lower and held there for an extended period, that would put tremendous pressure on the crypto infrastructure. This situation would threaten not only crypto projects and exchanges but also Bitcoin miners.

Another negative force that could affect Bitcoin is new regulations from the U.S. congress or other regulators. The high-profile failures of 2022 have gotten the attention of U.S. government officials and regulators. They may feel the need to act in the name of investor protection and enact strict regulations that negatively impact the whole crypto sector.

It is no secret that the price of Bitcoin is highly volatile. Price swings from bull market peaks to bear market bottoms can exceed 85%. It has to be extremely challenging to successfully run a company whose performance is tied to the price of Bitcoin.

The following charts illustrate the challenges facing these companies.

The chart above shows Bitcoin miners’ daily revenue at its lowest level since late 2020. The chart below shows the average Bitcoin network difficulty, a relative measure of how difficult it is to mine a new block for the blockchain.

The higher the difficulty, the more energy and computational power miners must spend to stay competitive. And as you can see from the chart, it was at an all-time high only a couple of weeks ago at almost 37 trillion.

On Dec. 21, 2022, Core Scientific Inc. (OTCMKTS: CORZ), one of the largest mining companies in the U.S., filed for Chapter 11 bankruptcy protection. The company is still mining and cash flow positive, but it’s insufficient to cover the financing debt owed on leased equipment.

In an October filing, Core said that “operating performance and liquidity have been severely impacted by the prolonged decrease in the price of Bitcoin, the increase in electricity costs,” and “the increase in the global Bitcoin network hash rate.”

Greenidge Generation Holdings (NASDAQ: GREE), a vertically integrated Bitcoin miner and power generator, in its Q2 filing, recorded a net loss of more than $100 million. It has now entered into debt restructuring negotiations, and the board of directors has held active discussions about the potential for a voluntary bankruptcy filing.

And then there is Argo Blockchain (NASDAQ: ARBK), which narrowly avoided bankruptcy after it received a $100 million bailout from Galaxy Digital.

This chart shows the estimated all-in cost to produce 1 Bitcoin for each company. The all-in cost includes the production costs, such as electricity, and general and interest expenses. These numbers fluctuate from one quarter to the next.

As you can see, the more leverage a company has, the higher the Bitcoin spot price it needs just to break even. Being over-leveraged can kill a company if the price of Bitcoin remains low for an extended period. Companies that financed aggressive expansion plans by borrowing against Bitcoin they hold are now feeling the pressure.

As the crypto winter drags on, access to capital is drying up, forcing some companies to liquidate assets to service their debt. Companies with solid balance sheets can use this opportunity to expand by taking advantage of others’ misfortunes.

How hard this crypto winter is on crypto miners will depend on how long it lasts and how low the price of Bitcoin goes. Energy costs are another area that could negatively affect miners. As with most everything else in this high-inflation environment, energy costs have increased. Whether energy costs are an issue varies from one company to another. Some companies have negotiated fixed power block prices and can receive power credits when they curtail their power usage.

Unless the price of Bitcoin makes a dramatic recovery soon, it is likely that many more casualties will emerge. Companies that failed to prepare for an extended crypto winter by taking on too much debt will struggle to survive. Also, smaller, less established companies and individual miners will most likely suffer as well.

What is the Macroeconomic Outlook for 2023?

2023 is just a few days old, and the months that lie ahead for Bitcoin are a big unknown. It is a safe bet to say that the global macroeconomic climate will play a significant role in the performance of Bitcoin.

Economic analysts’ global forecasts for the next 12 months range from a soft landing with no recession to a mild to moderate recession in late 2023. Which of these analysts are proven correct will significantly impact what path Bitcoin takes in 2023.

As far as the U.S., economic conditions have improved slightly. Inflation continues to drift lower slowly, but inflation in specific areas like food is still extremely high. The U.S. job market continues to be strong, although the unemployment rate is expected to rise in a lagging response to higher interest rates.

Without a doubt, the global economy will slow in 2023 as the effects of higher interest rates take hold. The most significant danger for miners is an extended crypto winter far longer than the normal Bitcoin cycle.

The big questions now are: How much will global economies slow? How will markets respond to the slowdown? And how much more pain can the Bitcoin mining companies endure?