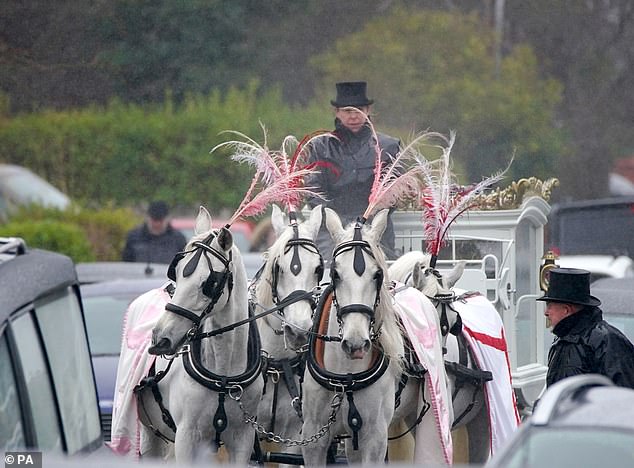 By Dan Sales For Mailonline

The funeral of a beautician shot at a pub on Christmas Eve is set to take place this lunchtime – with the horsedrawn cortege seen arriving at the church.

Mourners dressed in black were at St Nicholas’s Church in Wallasey ahead of the 12.30pm service to remember Elle Edwards.

It will be led by Reverend Jeff Staples, who has been in regular contact with Ms Edward’s grieving family.

Ms Edwards, 26, was celebrating Christmas with friends when a gunman opened fire at the Lighthouse pub in Wallasey Village, Wirral, shortly before midnight. 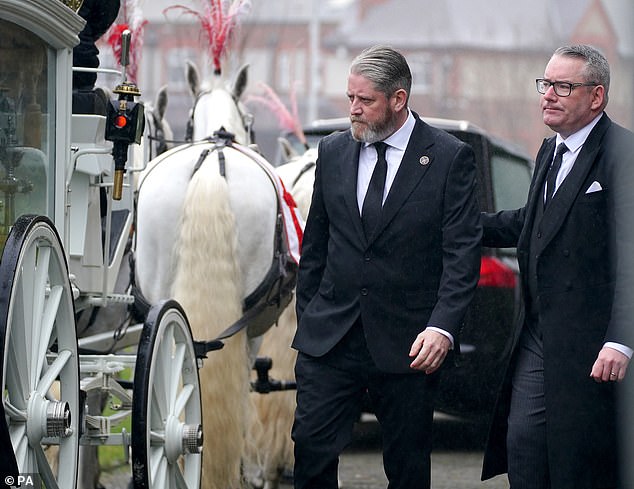 Elle Edwards’ father, Tim Edwards, walks to join the bearer party to carry her coffin at her funeral in St Nicholas’s Church 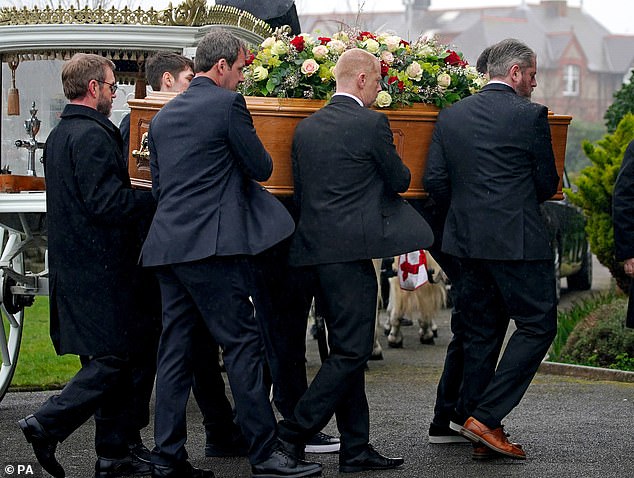 The bearer party, including father Tim Edwards, carry the coffin of Elle Edwards into her funeral at St Nicholas’s Church in Wallasey 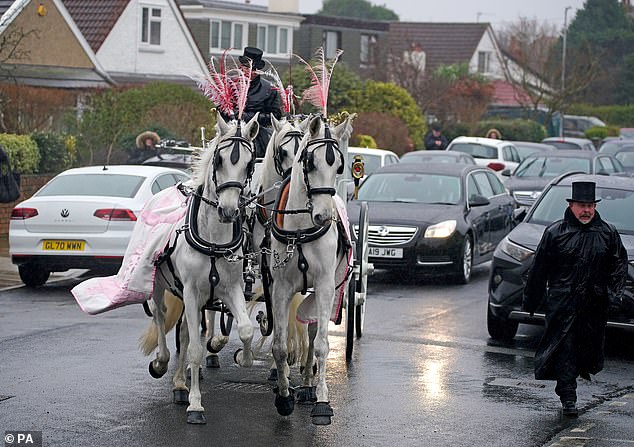 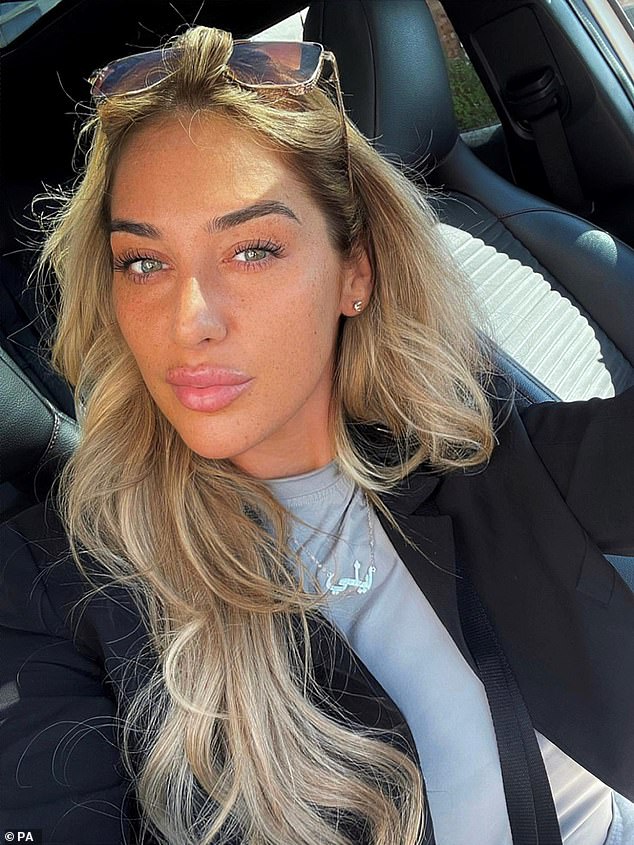 Elle Edwards, 26, was shot dead outside the Lighthouse Pub in The Wirral on Christmas Eve

She is not believed to have been the intended target of the attack, which also hurt four men.

In an interview with Sky News this month, her father Tim Edwards said: ‘She was beautiful looking and she was a great hugger.

‘She was just a fantastic human being with a heart of gold.’

Mr Edwards hopes a foundation in his daughter’s name will combat gun violence in the region.

A 22 year-old man has been arrested and charged with murdering Ms Edwards with a submachine gun. 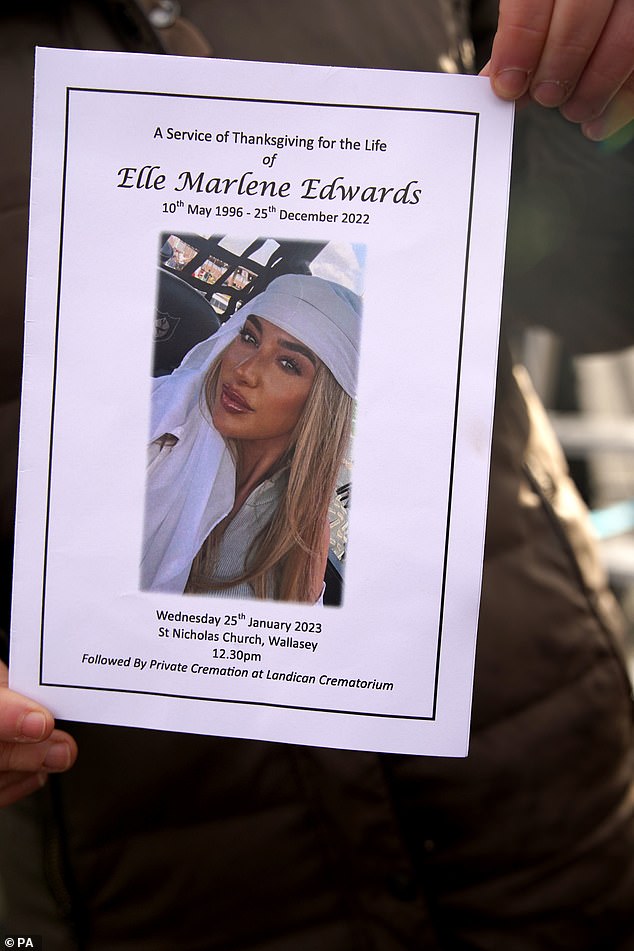 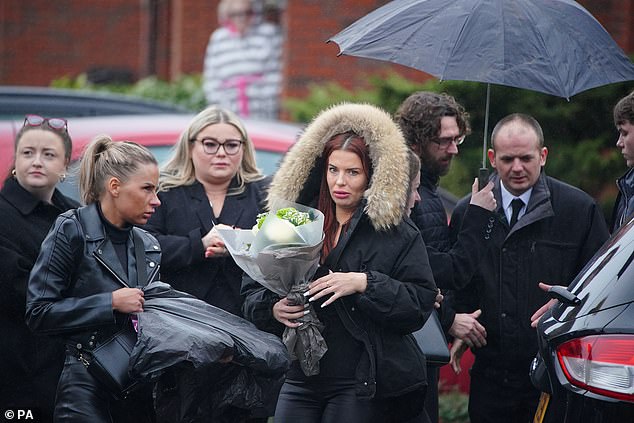 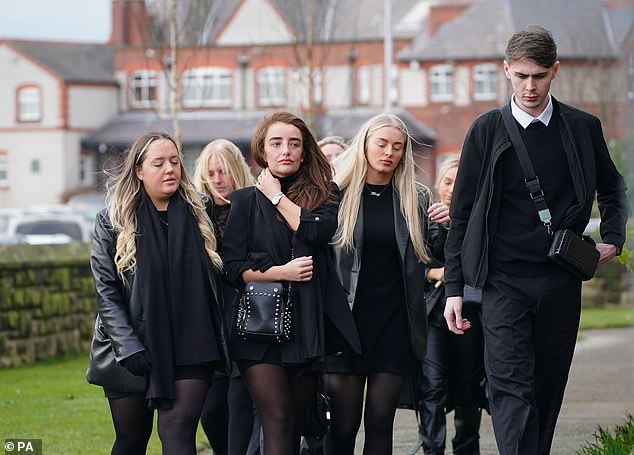 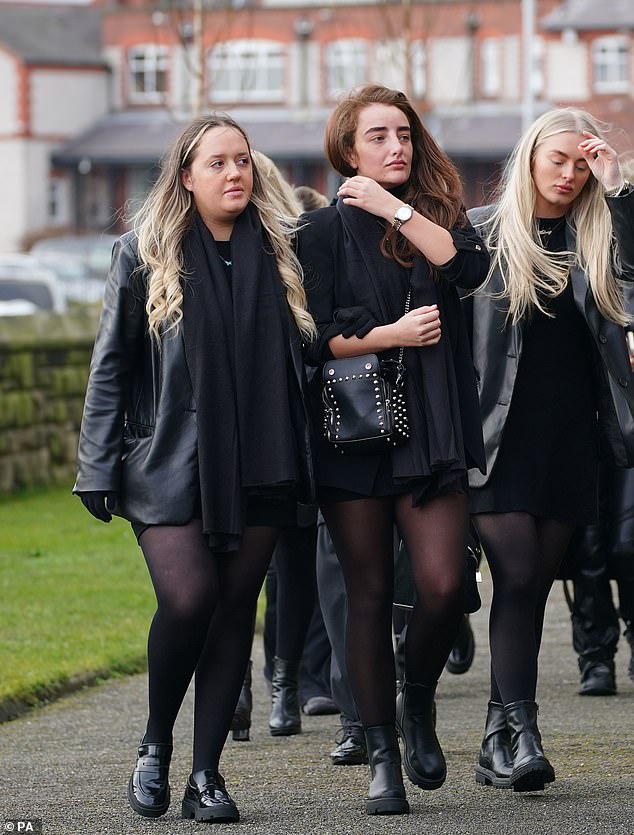 The service will be led by Reverend Jeff Staples, who has been in regular contact with Ms Edward’s grieving family 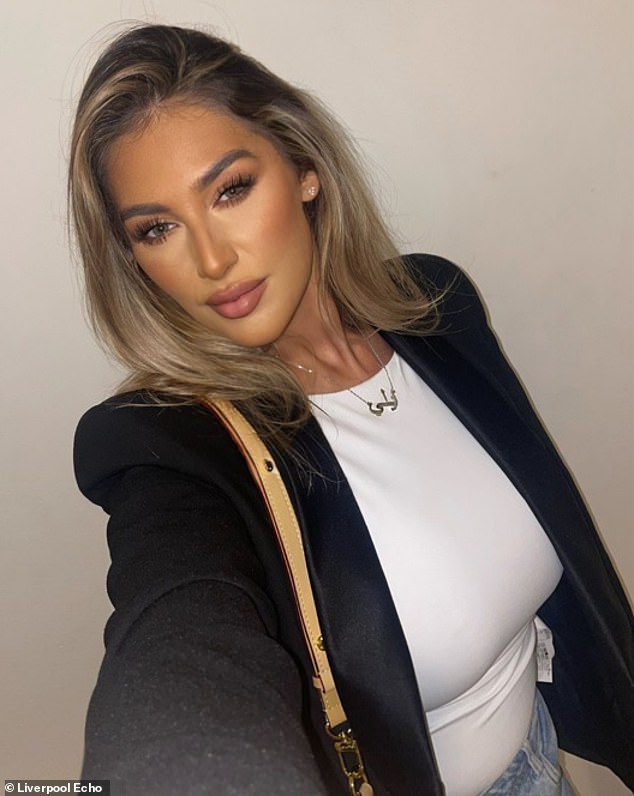 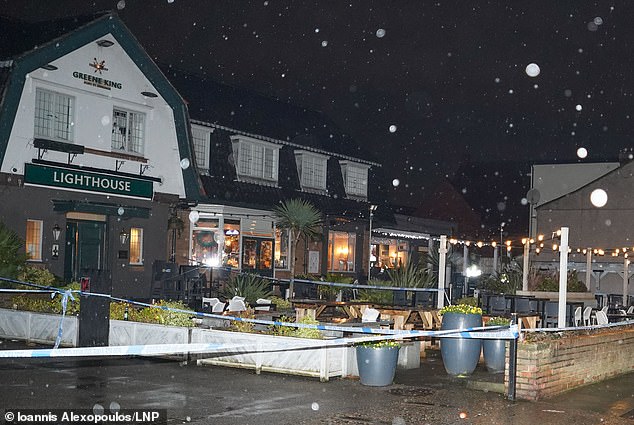 Connor Chapman appeared at Liverpool Crown Court via videolink last Monday charged with nine counts including murder. He is due to stand trial in June.

A trial date for Chapman has been set for June 7, with the case expected to last three to four weeks.

He is also charged with the attempted murder of of Jake Duffy and Kieran Salkeld and three counts of wounding with intent to do grievous bodily harm of Harry Loughran, Nicholas Speed and Liam Carr.

The suspect is also charged with possessing a Scorpion submachine gun and ammunition with intent to endanger life on Christmas Eve and handling stolen goods, a Mercedes A class vehicle, between December 22 and Boxing Day.