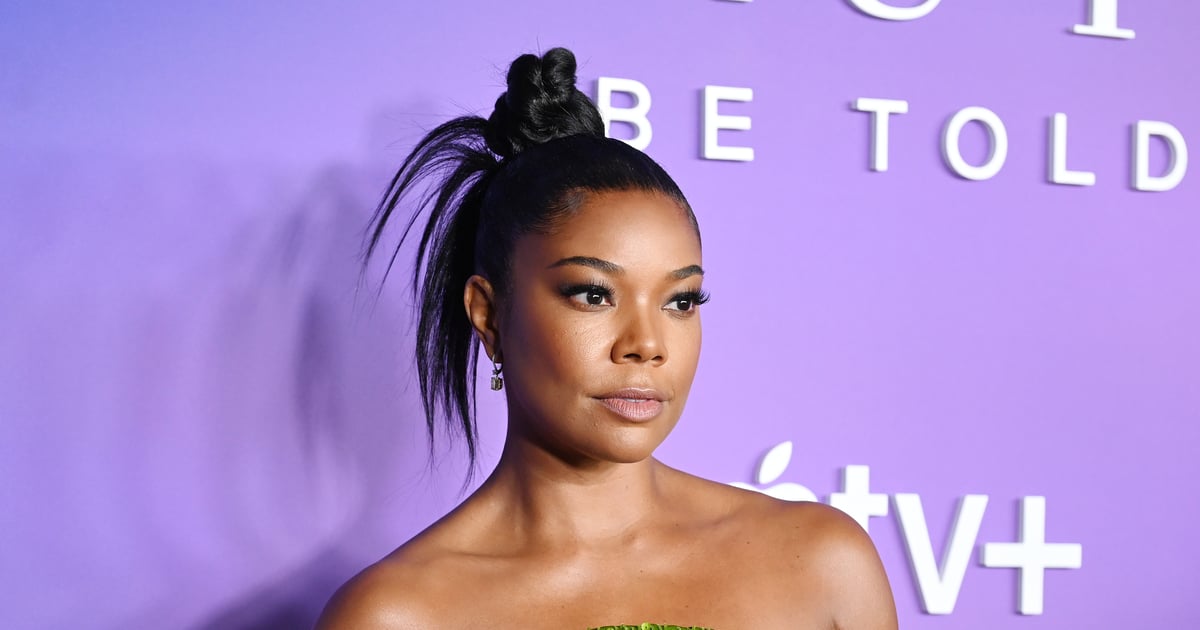 Gabrielle Union joined the cast of Apple TV+ drama “Truth Be Told” for season three in the role of Eva — a principal who’s trying to get to the bottom of a suspected sex-trafficking ring while drawing more attention to the Black and Brown girls going missing in the Bay Area. In an interview with CBS Mornings on Wednesday, Jan. 25, Union spoke about her own past experience with rape, the unexpected difficulties she encountered while filming “Truth Be Told,” and how the experience gave her a deeper empathy for young victims of sex trafficking.

“The show is about sexual violence of young people in the Bay Area. At 19, I experienced sexual violence — I was raped at gunpoint at my job,” Union said during the interview. She understood that she’d dissociated during the assault, “but I thought I came back into myself by the time the police arrived,” she said.

But while filming “Truth Be Told,” Union realized that wasn’t true — her mind had continued to protect her over the next 30 years. And while working on a project so heavily focused on sex trafficking, she began to remember more details about her rape. “It was like my brain was pulling back the curtain on everything: smells . . . what his skin felt like — all of it was finally revealed to me. For 30 years, I thought I knew, and what I realized was that I wouldn’t have survived at 19, understanding the enormity of the trauma,” Union said.

“And when I think about it, I was raped one time. One time, and 30 years later, I still struggle. Victims of sexual violence experience this over and over and over again, indefinitely,” she added.

Union described crying after work each day because of her past trauma. She said she felt a responsibility to use her experience “for the greater good,” but in doing so, “I wasn’t exactly prioritizing myself.” When shooting for the season finally wrapped, her friends arranged for her to participate in a “rebirth” ceremony on the beach to help her release the past trauma.

Ultimately, Union said the experience of shooting and reliving her rape helped her acknowledge “the enormity of the trauma” experienced by victims of sex trafficking — and reinforced the importance of drawing attention to their stories, especially those of Black and Brown young folks, so they can be given the resources they desperately need.

“Seventy-one thousand Black girls under 17 went missing in 2021, and they were identified as runaways — nine out of 10 were identified as runaways. If you’re identified as a runaway, [there’s] no Amber Alert, no law enforcement attention. Nothing,” Union said. She adds that Black and Brown young folks, in particular, “get adultified. We are demonized, and we’re blamed for our own abuse, which means you’re not going to take it as seriously. Our innocence is never guaranteed. It’s always up for debate.”

Union added that, while the Gabby Petito case in August 2021 garnered widespread media attention, the 71,000 Black girls who went missing in 2021 weren’t getting reported on, which is another reason she sees work like “Truth Be Told” as so important.

She said the response to the show “has been enormous” and that people and organizations involved in sex-trafficking work have thanked the show for raising attention to the issue.

For more information about human trafficking and how to help, visit organizations, including Polaris Project, Love 146, and the National Center For Missing & Exploited Children.

If you or a loved one are experiencing sexual assault, know that help is available. To speak with someone trained to assist survivors of sexual violence, call the National Sexual Assault Hotline 24/7 at 1-800-656-4673.