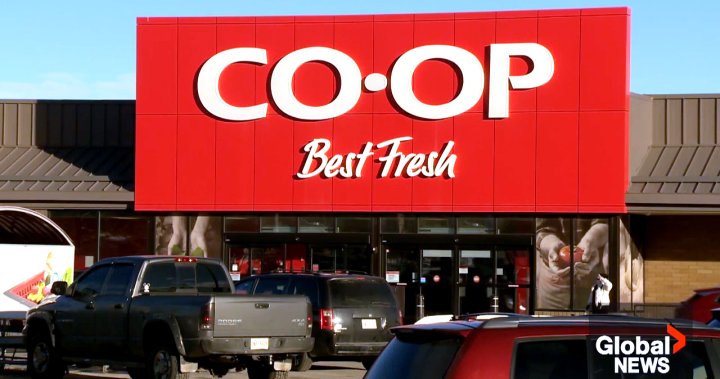 Shoppers in north Calgary will lose two long-standing area grocery stores. Calgary Co-op is moving forward with plans to shut down a couple of its shops — a decision that will impact dozens of jobs at both the Village Square and Beddington locations.

Officials said the stores will be closing on March 8 due to economic reasons.

In a statement to Global News, Calgary Co-op said the difficult decision was made with the best interest of members in mind.

“Unsustainable sales and increasingly difficult local economic and market conditions for these stores mean we need to re-allocate resources to other, more sustainable stores,” the statement read.

Global News spoke with customers on Tuesday, several of whom noted their concern for both their shopping convenience and the jobs of those who are currently employed at the soon-to-be-closed locations at 8220 Centre St N and 2520 52 St NE.

“I’ve gotten my vaccines here, COVID and flu. It’s convenient, it’s across the street,” customer Amanda Murray said. “The people here are better and there are local products that the other grocers don’t carry”

“(The job losses) that part of it is hard. Unless you work in construction or something like that, there’s not a lot of job opportunities right now.”

No numbers are available yet on the amount of jobs that are expected to be lost with these closures, but the company said it’s trying to minimize the damage.

Co-op said leading up to the closing date, the stores will be working closely with employee unions to keep and re-allocate employees who would like to remain with the company.

Co-op currently operates 21 grocery stores in Calgary. The company noted the loss of the two locations will in turn mean re-allocating resources to the redevelopment of the Oak Ridge and North Hill stores and a new Co-op is also planned to be built in Marda Loop.

Liquor and cannabis outlets at the Beddington and Village Square locations will remain in business.