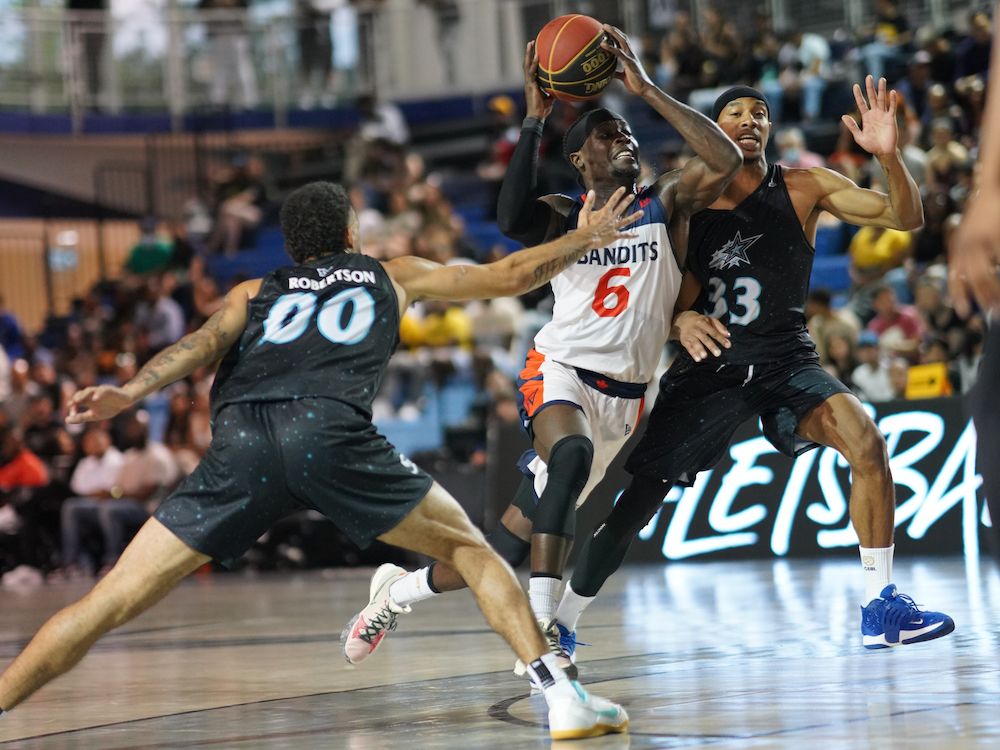 All roads to the Canadian Elite Basketball League’s championship weekend lead to Langley.

And the Vancouver Bandits will be there at the end of it, too.

The Langley-based pro basketball team announced its 2023 schedule on Tuesday, a 20-game regular season that begins on Saturday, May 27 on the road against the expansion Winnipeg Sea Bars.

There’s a quick stop four days later in Saskatoon to take one the Saskatchewan Rattlers, before returning home for their home opener against another new CEBL entry — the Calgary Surge — at the Langley Events Centre on Saturday, June 3.

The arena will also be the site of this year’s CEBL Championship Weekend on Aug. 9-13, where, as the host team, the Bandits get an automatic bid.

After missing the playoffs in their inaugural season, the Bandits have made the post-season for three straight years. The team changed its name from the Fraser Valley Bandits to Vancouver Bandits after last season, their first year after moving from the Abbotsford Centre to the LEC.

The Bandits have 10 regular-season home games this year, wrapping up with a game against the Sea Bears on Sunday, July 23. They play two more away games before returning to the Lower Mainland to get ready for the playoffs.

Tickets for the championship weekend are included in the cost of seasons tickets, which go on sale later this week.

“This season is a special one for us. We are celebrating five years of building connections with our community and are eager to continue growing our passionate fanbase, which has supported us since our inaugural season. Our fans are the inspiration behind our goal of being one of the best professional sports and entertainment experiences in B.C.,” Bandits team president Dylan Kular said in a release.

“We can’t wait to host Championship Weekend at the Langley Events Centre, which will serve as a great culmination of what will prove to be another exciting year of Bandits basketball. Fans will relish the chance to be part of our season and attend a multi-day playoff festival that offers a fun atmosphere for guests of all ages and showcases a riveting caliber of Canadian professional basketball.”

All CEBL games will be live-streamed the through the league website on their CEBL+ platform, as well as on their mobile app, CEBL Mobile.

Select games will also be televised nationally on CBC.

*Home games at the LEC in bold