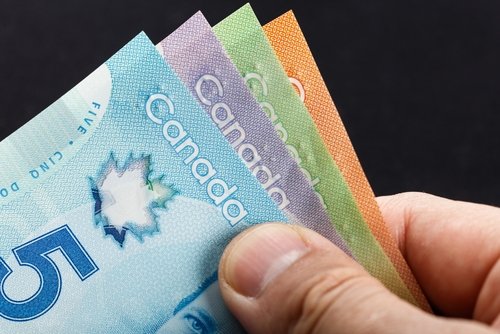 The USD/CAD exchange rate has been punched in the face ahead of the first interest rate decision by the Bank of Canada (BoC). Loonie, as the Canadian dollar is known, has surged to below 1.3400 against the US dollar and is loitering near its highest point since November 25. It has jumped by 4.51% from its lowest point in November last year.

The BoC will conclude its two-day monetary policy meeting on Wednesday. Economists surveyed by Reuters expect that the bank will continue hiking interest rates in a bid to counter the rising inflation. The median estimate is that the bank will hike by 0.25% and push the official cash rate to 4.50%. Still, most analysts believe that this will be the last rate hike before taking a strategic pause.

There are valid reasons for such a pause as analysts at ING wrote. In their BoC preview, the analysts wrote that conditions don’t warrant more hikes. For example, highly-indebted Canadians are suffering with high-interest rates premiums while inflation has started to drift lower. Recent data showed that the headline consumer price index (CPI) slowed to 6.3% in December.

The BoC decision will not have a major impact on the USD/CAD since it has already been priced in by investors. Instead, the key data that could move the pair will come out on Thursday and Friday when the US publishes its GDP and personal consumption expenditure (PCE) data. The PCE is an important figure since it is the most closely-watched inflation gauge by the Fed. In the US, the Fed will conduct its next monetary policy meeting next week.

The USD to CAD forex rate formed a triple-top pattern at 1.3690 in December. Like the double-top, this pattern is usually one of the most accurate bearish signals in analysis. Its neckline was at 1.3493, the lowest level on December 28.

After making a bearish breakout below the neckline, the pair then made a break and retest pattern on January 19 of this year. This is also another important bearish sign for the pair. The USD/CAD has moved below the 23.6% Fibonacci Retracement level while the average directional index has fallen to below 20.

Most recently, the USDCAD price has found a strong support at about 1.3334, where it has struggled to move below since January 13. It has formed a small head and shoulders pattern. Therefore, the outlook for the pair ahead of the BoC decision is neutral with a bearish bias.

A clear volume-supported level below 1.3334 will signal that bears have prevailed and open the possibility of it moving below 1.3250. The stop-loss of this trade will be at 1.3493, the neckline of the triple-top pattern.